No One Is Disposable 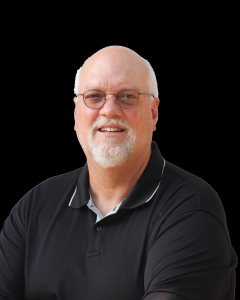 Gordon worked within the judicial system for 20+ years, with over 7 years managing a caseload of primarily male offenders on an Intensive Supervision caseload.  He had the opportunity to know those “offenders” beyond what their criminal histories reported, and realized that in many cases, he shared much in common with the men.  A phrase began to linger regarding the men he supervised: “Diamonds in the Rough”.  He asked God to help him see these men the way God saw them, and this began to radically transformed the way he worked with them.

Gordon began a new career as a Realtor in 2017 but had a desire to continue to work with this population in some capacity.  In 2019, through a series of events that began with his wife, he became aware of The Rock and began to volunteer in two men’s groups held at The Rock.

Gordon has lived in the Greeley area since 1983 and his children and grandchildren remain in the area.  He is committed to investing in his community by serving these individuals coming out of prison and believes that when they succeed, our community also succeeds.