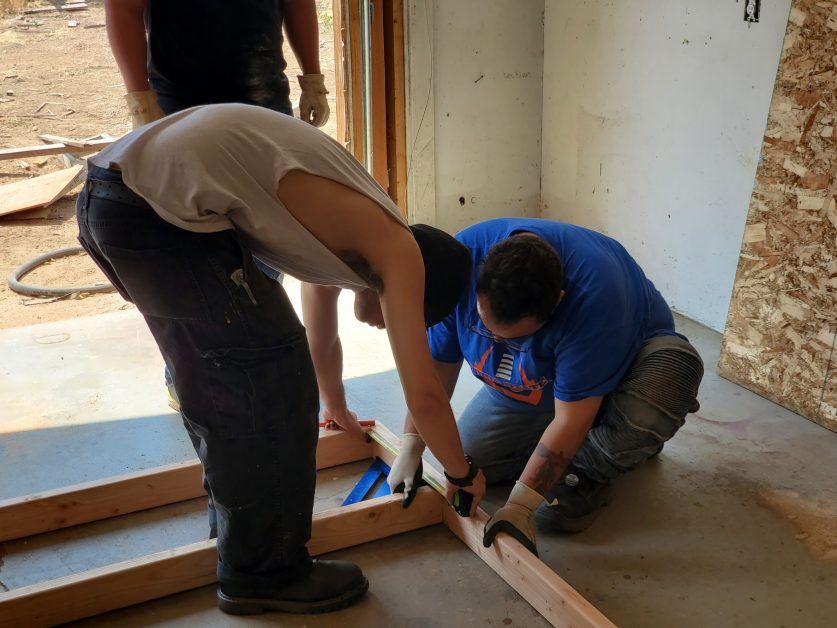 The Rock Found has been giving employment opportunities and other forms of help for prisoners after release ever since its founders decided they needed to do more to help strengthen their local community. The members of our male community reentry program receive a variety of different reentry services that tackle the most difficult aspects of community reintegration.

Consider this – who hires felons after they are released from prison? Who gives work to ex-offenders after they have served their time and proven they are prepared to live a life worthy of freedom from prison bars?

These are difficult situations that most people, unfortunately, are too uncomfortable to handle themselves. That’s what makes the recidivism rate in the United States so impossibly high, both locally and nationwide.

But there are others in the community that believe in restorative justice. Restorative justice is the idea that individuals who have paid their dues and proven themselves should be given the support and resources they need to become a productive, contributing member of society.

Restorative justice is one of the primary principles that sets the foundation for our male community reentry program. In fact, our entire reentry program’s motto is “No one is disposable”

This is something that we believe in firmly. That principle, combined with our faith, is what drives us to be the very best male community reentry program we can be, day in and day out.

So if you or someone you know has been recently released from incarceration and needs community reentry services in Colorado to receive the resources and support they need, contact The Rock Found.

Our faith-based male community reentry program is prepared to help and eager to give everything we have to those that are brave enough to reach out for the help and support they need.

Ephesians 4:32—”Be kind and compassionate to one another, forgiving each other, just as in Christ God forgave you.”